A rough guide to ILFord's HP5 Plus Disposable

As part of the #nogearnofear contest, I decided to order a few cameras ahead of time and experiment. I had not shot a disposable in a long long time and was hoping to find what worked and what not so I could share with all participants some of the lessons I learnt along the way.

This post will be a living document, a place that will constantly keep getting updated as I experiment more and find tips to share. Please do keep coming back for more.

Usually people show only their best photos, but I will share below some good and many bad shots in an attempt to give you a sneak peek into some obvious things to look out for when you shoot your roll for the contest.


My aim was to shoot 1-2 rolls on couple disposables in various lighting conditions (read indoor day, indoor tungsten, outdoor day and finally outdoor night). I ran out of film and could not shoot outdoor night but that is on my list for the next try.

The photos in this post are not intended to be masterpieces, they just were controlled experiments and please use them to further your own research.


My first mistake was to start shooting blind - I did not really research the camera's technical details and this was more because of overconfidence in my craft that anything logical. I shot the first roll and it was mostly an experimental outcome (read not so good). By the time I got to my second camera/roll I was informed and it helped me get some better results.


When I shot the first camera, I assumed the focal length to be between 24-28mm and hence started shooting assuming a wide angle lens. Not really a deal breaker but definitely affects your decision making. The camera actually is 30mm and that knowledge will help you when shooting your portraits.


The flash on the camera is flaky at best. The instructions talk about a small button in front right under the actual flash that needs to be pressed to activate flash. Nothing happened as mentioned and it took me some time to get confidence with the flash.

On my first few tries, the button behaved erratically - some cases as advertised but many occasions the flash did not fire. Indoors most of those shots were underexposed.

Here is what i did later 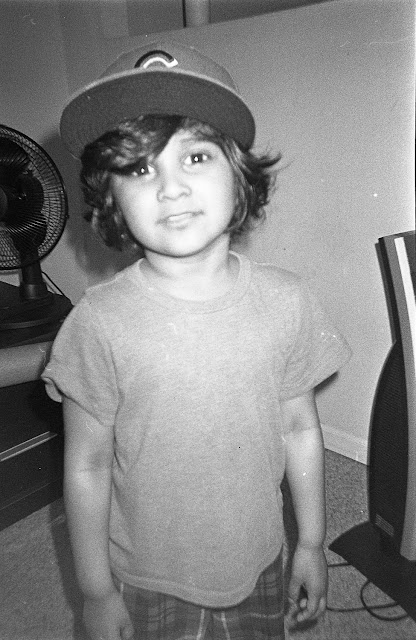 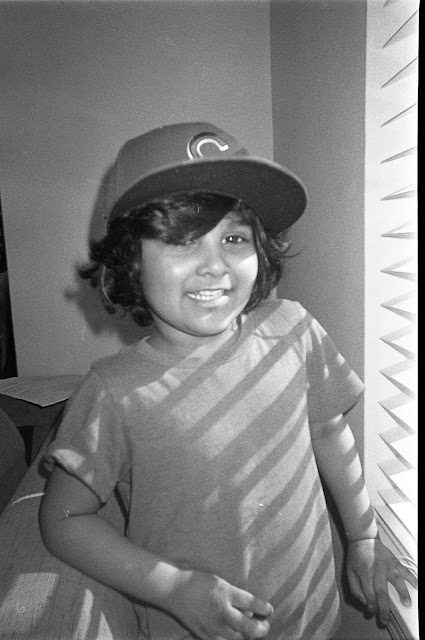 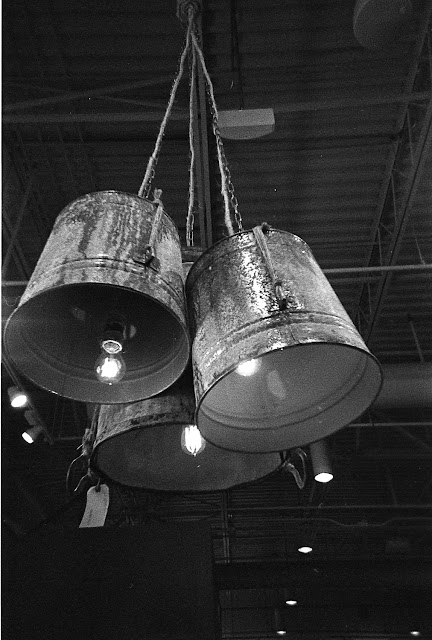 If you want to know how a photo will look indoors with flash not firing, look no further than the photo below: 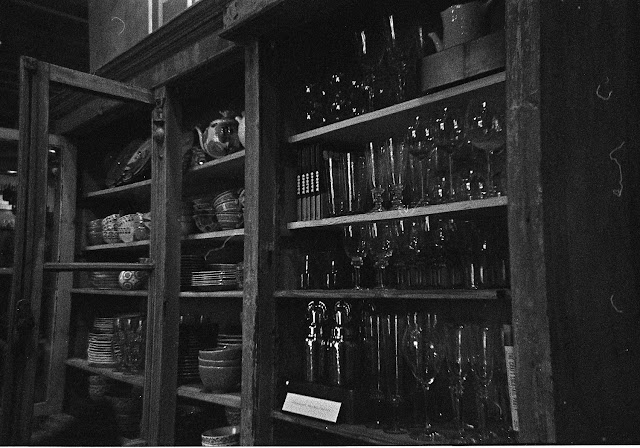 To diffuse the flash, I thought of trying something and i ended up just wrapping a white piece of cotton cloth - one wrap, over the flash. 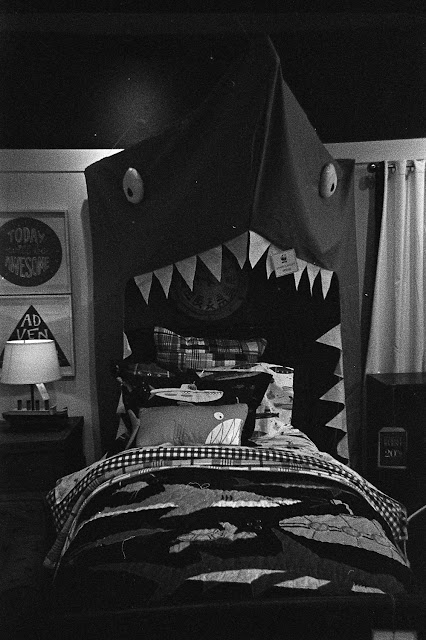 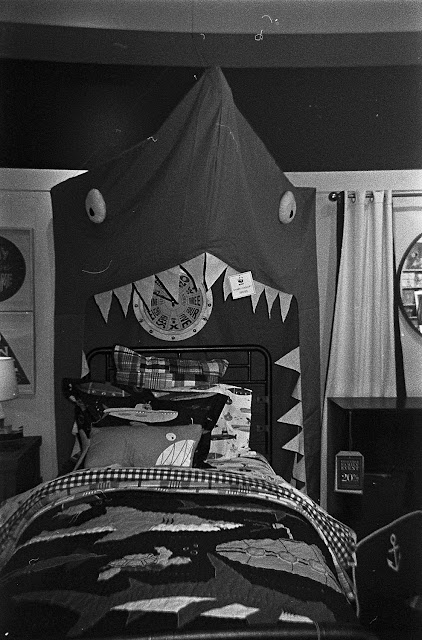 This hack is flash + a continuous light to experiment with adding even light to the scene.


Here is a shot using the continuous lights facing up from a table and me shooting with the built in flash on. 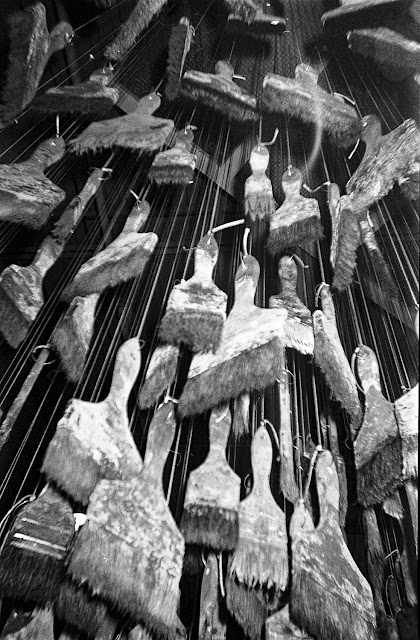 Another two photos (second one cropped) that show getting too close to the subject will result in LED/flash reflections that can ruin the shot. 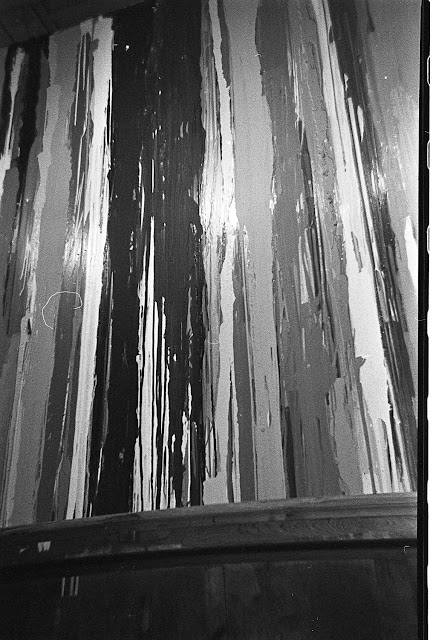 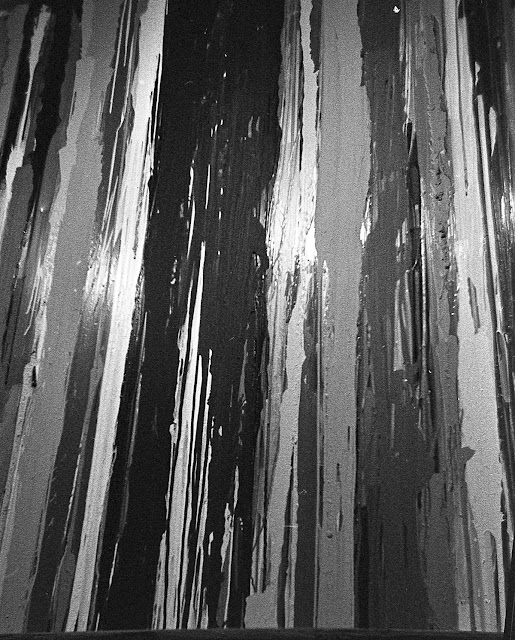 Focusing with the disposable is tricky as there is no visual guide to help you. The f/9.5 focal length assures that there will be good depth of field for most shots to be good but you need to remember the following:

Close focus is tricky and the camera does not focus correctly if you get too close. Here are some examples below: 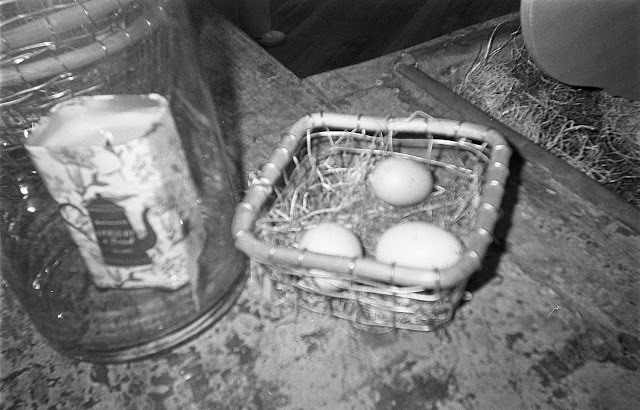 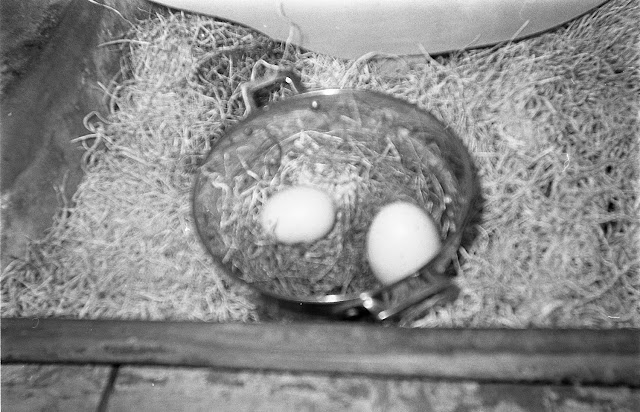 If shooting in harsh light outdoors, I would recommend slapping/taping an orange or red filter on the lens. It will help reduce a few stops of light and give you contrast etc.

I used an orange filter on my second roll and most of my outdoor shots came out ok to good. I think it will be really hard to mess up your shots outside if you are shooting during the day and are within the parameters of the camera spec.

Here is one shot I tried to see how much of shadow detail is retained if I shoot right into a big light source. Well, for my test I just looked right up and shot the sky with a lamp post as subject. I was not unhappy. 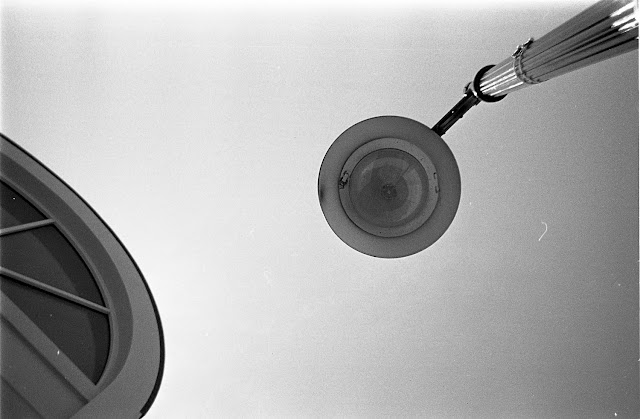 Posted by Ribnar Mazumdar at 11:14 PM